Looked pants yesterday, apart from De Gea I'd give no outfield player any credit for the second half performance. Fairly even at HT and then Chelsea ran the whole of the 2nd half and deserved the win. Similar to the Liverpool game, we had the better of the first 15 minutes then it was all Liverpool for the last 75 mins.

In the Summer I said when the merry go round was on, I think £100m might of of got Kane! Spurs reportedly wanted Shaw, he could of been used as a make way. I'm guessing numerous clubs made enquiries and were told to F.R.O.

Hopefully Pogba is back after the International Break. He looks on the face of it to be that important to this team.
Top

He couldn't just buy a new pair of boots?
Top

Putting in the ground work for his PSG move

Ref this time for distraction for his teams performance.
Top

"We would have beaten Man City if Paul Pogba played."
Paul Pogba returns:

Jose Mourinho has claimed the reason Alexis Sanchez chose to join Manchester United has nothing to do with money.
Top

Last time he mentioned about 3 premier league titles he called him a specialist in failure.

I wonder what has changed
Top

Jose is getting a new personal sponsor.

Trampas wrote:Jose is getting a new personal sponsor.

Ole gets the job
Top

Ole bringing back the good old times to United. Players getting injured during the international break and then recover in time for next league fixture
Top

I remember the words from 1972'ish, "To good to go down" but they did & this present team/quad are showing relegation form 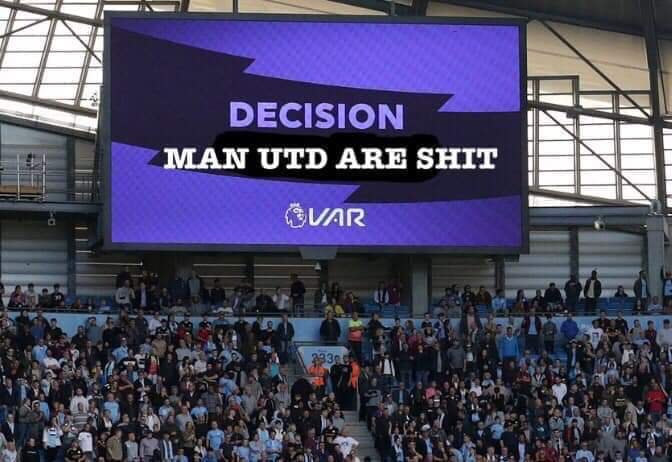 I dont need VAR to tell me that coontox

thought we were gonna smash ya a couple seasons back when Rashford placked us, anyone's game tomoz
Top

Will Ole be still there come Tuesday
Top

I thought he owned the bench
Top

0 shots on target for United yesterday